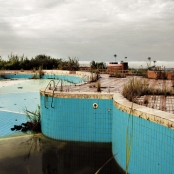 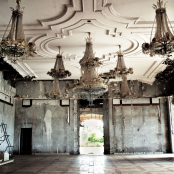 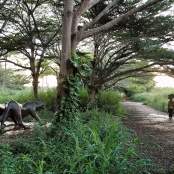 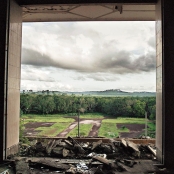 Guy Tillim is one of South Africa’s foremost photographers with an oeuvre that belies a degree in commerce from UCT. Engaged as a photojournalist during South Africa’s apartheid era *Tillim worked for Reuters and various foreign press until well into democracy. Since 1996 he has had numerous solo and group exhibitions in almost every continent in the world as well as being included in several publications and winning many awards including the Robert Gardner Fellowship in Photography from the Peabody Museum at Harvard. Tillim’s work, a far cry from traditional photojournalism, avoids the pressure of portraying the sensational “Event” and dislocates himself and the audience from the precious position of right and wrong in favour of a view of the seemingly banal and overlooked. A consideration of composition as well as content reveals a poetic relief of motifs in his imagery.