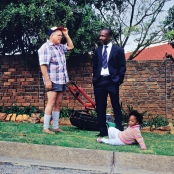 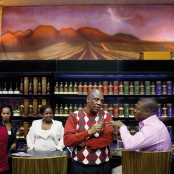 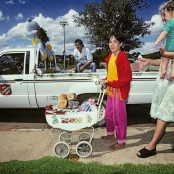 Per-Anders Pettersson was born in Sweden in 1967. He began his professional photographic career in the late eighties working for a local newspaper in his hometown after studying business. In 1990 he moved to New York and have covered major news and feature stories in over 50 countries, most recently Congo, South Africa, Ethiopia Uganda and Chad. He works regularly on assignments for STERN, GEO, Newsweek and many other international publications. He has published books of his work and exhibited his study of a South African police unit entitled “Flying Squad”. He has won and been short listed for numerous prizes including in NPPA, the 2006 CARE International Grand Prix and World Press Photo 2007. Some of his most widely discussed work is an essay of the black elite of South Africa which he did for STERN. Most recently he was nominated for the Henri Nannen Preis, Germany’s biggest journalism awards in May 2008.

He presently resides in Cape Town

Call for Snapped 03
Scroll to top